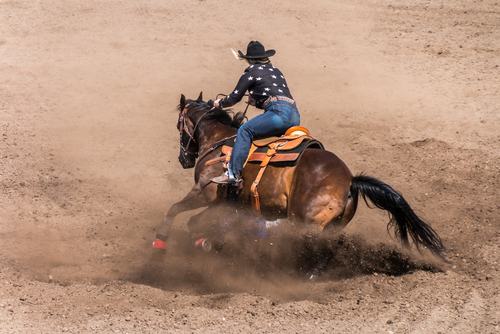 Looking for stuff to do this March? Head to the city in your Johnson Bros. Ford and enjoy one of these fun-filled events.

This annual family-friendly festival celebrates all things Irish. Come enjoy authentic Celtic music and dancers, Irish language workshops, the finest Irish imports and plenty of good family fun. The festival will be at the Jourdan-Bachman Pioneer Farms from 12pm to 7pm. Adults are $12, Children 13 and under are $4, and toddlers 2 and under are free.

More than 15,000 music revelers converge on Auditorium Shores at Lady Bird Lake to enjoy Austin’s only music festival focused on R&B, neo-soul, and hip-hop music. Get your tickets today!

Stop by Johnson Bros. Ford before you hit the road and make sure that your car is in tip-top shape. Time to trade-in for a new vehicle? Johnson Bros. Ford can help you get into the car or truck of your dreams. Come test drive one today! 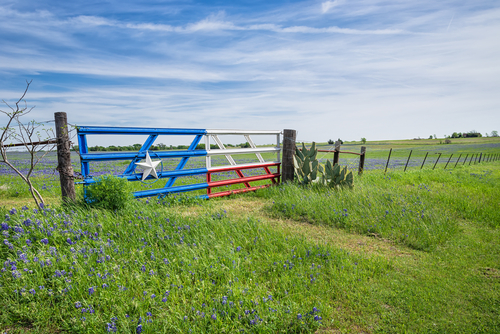 If you are in the market for a new vehicle, stop by Johnson Bros. Ford to test drive the vehicle you need for your family, for work or for the farm. If you already have a newer Ford or did not plan to buy something new this year, be sure to give our service department a call to set up an appointment for maintenance or repairs. You just might need an F-150 to live up to some of these Texas actions.

You know you’re from Texas if:

Stop by Johnson Bros. Ford to test drive your next car or truck. You’ll have several trim levels to choose from, plus each one has additional available options to make it your own. Be sure to ask your salesperson about any lease or finance specials we may have running on Ford models or any other vehicles we have in stock. 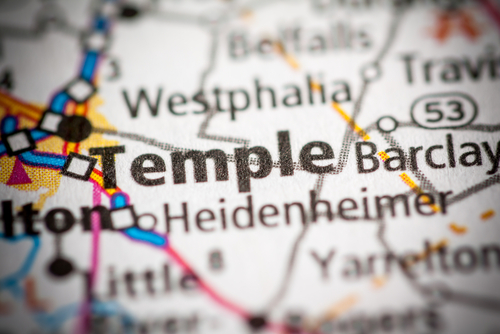 Mark your calendars and be ready to hit the road to catch some of the best events happening nearby this February.

A number of Austin restaurants, bars, pubs, and eateries will be offering special Valentine’s Day menus, options, and specials. While not a complete list by any means, here are some of the places that you can go for a special meal on Valentine’s Day:

Main Street Market this month is on the Downtown Temple Parking Plaza behind City Hall from 10am until 3pm. This event is being sponsored by Discover Downtown and there is no charge to attend. It is open to the public.

Artists, artisans, and vintage vendors will join the the food trucks on Main Street for a day of fun shopping and eating among the community. Meet and mingle, get some fresh air, and connect with your neighbors! 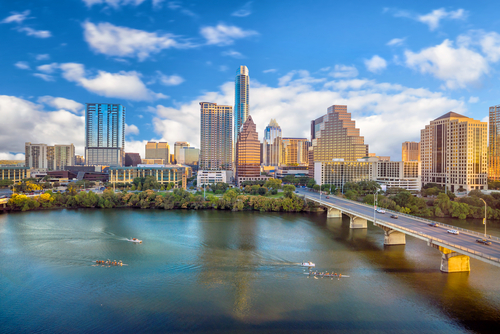 When you’re on the road this January (or looking for an excuse to do so), check out one of these fun events happening this month near your Temple Ford dealership.

The 25th MLK Community March, Rally, and Cultural Festival will kick off at 9am at the University of Texas at 21st and Speedway under the MLK Statue. The march will continue on to the south steps of the State Capitol Building for a short program before continuing on to the historic Huston-Tillostson University where the festival will take place until 3pm.

The event organizers request that marchers bring can goods and non-perishable food items to donate to the Central Texas Food Bank.

Check out this fun and free cultural event to mark the Chinese New Year. 2018 is the Year of the Dog and the Lunar New Year Festival is ushering it in with Asian food, performances, and cultural activities. There will be a dragon dancing, lighting firecrackers, and exchanging red money envelopes. Head to the University of Texas to join in on the fun.

The 5th Annual Austin Bacon and Beer Festival is setting up to be as popular as ever this year. Produced by Edible Austin in partnership with Eat Boston, the festival has sold out in multiple cities, including Boston, Denver, San Francisco, Philadelphia, and Austin in previous years.

The event showcases bacon-centric foods prepared by bacon-loving local chefs. This delicious showcase will be presented alongside local craft brews. General admission starts at 1pm at Brazos Hall and costs $47.00 for all samples inside. A premium tickets sets you back $100.00, but gets you early admission at 12:30pm, all samples inside, and a commemorative t-shirt and tasting glass.

The fest will run until 4pm. A portion of the proceeds will benefit the Central Texas Food Bank. 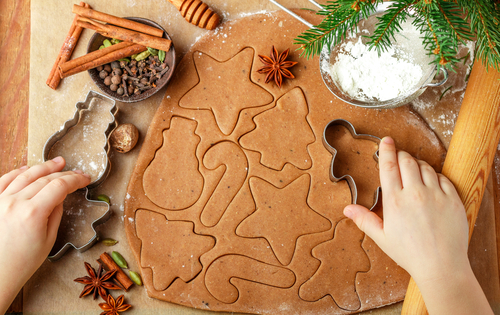 Making cookies for the holidays is a tradition in many households. It’s something the whole family can get involved with and have fun doing. If you want more fun and less work, however, then this no-mess cookie recipe is just the thing you’re looking for. It creates almost no dishes, so cleanup is basically nonexistent.

Stop by Johnson Bros. Ford to test drive a new vehicle for the holidays. Be sure to ask your salesperson about any lease or finance specials we might be running on your favorite Ford or Lincoln model. 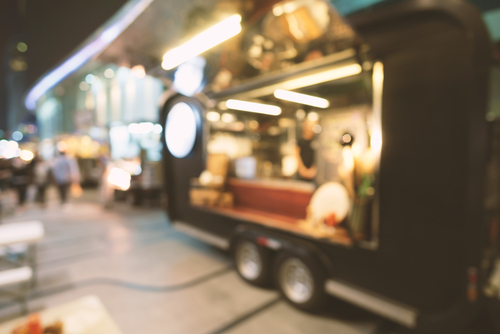 Stop by Johnson Brothers Ford to test drive that new vehicle you’ve been drooling over, and then you’ll be ready to head out to some of the events around the area. With school starting soon, you only have a few days to enjoy things before it’s time to buckle down to the studying.

On August 27, 2017, at 6:00 p.m. a the Extraco Events Center, 4601 Bosque Boulevard, Waco, Texas, 76714 for the 22nd Annual Margarita & Salsa Festival. Enjoy music, great food and more at this festival. This is an outdoor festival and there is standing room only. Children under 2 years of age. Everyone aged 3 and older must have a ticket. Admission is $30.

The 51st Annual Salado Art Fair will be held on August 19 and 20, 2017, at The Venue by Inn on the Creek, 300 Center Street, Salado, Texas, 76571. This free family event will feature over 100 artists, children’s art inspiration areas, live music and food trucks. This event is partially indoors and partially outdoors under historic oak trees.

Be sure to stop by Johnson Brothers Ford Lincoln to test drive a new vehicle before you head out to the festivals or give us a call to schedule an appointment for maintenance or service. 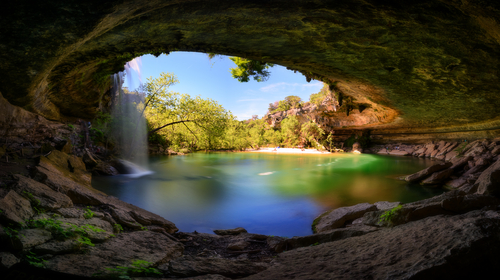 Austin and the surrounding area are full of great swimming holes, but some get less attention than other. That’s great news for you, though, if you decide to head to one in your Ford this summer: less known means less crowds.

This is probably one of the coolest looking cool spots in Texas. The preserve was formed when the limestone dome over an underground pool collapsed thousands of years ago. There’s a tumbling waterfall that cascades over the limestone cliff into the pool below and a cavernous shaded area formed by the remains of the limestone dome.

One of Austin’s best kept secrets, Bob Wentz Park is great for swimming, sailing, scuba diving, windsurfing, and picnicking. There’s a beach called “The Point,” which has BBQ grills available and even sandy volleyball courts.

While it’s not very large, Jacob’s Well is certainly unique. Jacob’s Well is a 200-foot deep well, which looks like a deep blue spot compared to the shallow waters surrounding it. It’s popular for diving for obvious reasons. Experienced divers can dive down into the well and explore its depths. There’s also a rocky overhang that you can dive off of, though it’s a bit risky. If you’re not interested in diving, it’s still a great place to wade and cool off. 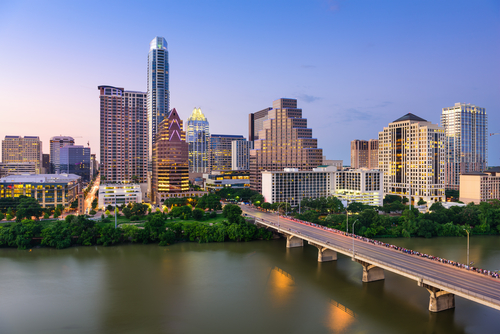 Looking for something to do this summer? Hop into your Johnson Bros. Ford and hit the road for one of these fun events happening in the Temple and Austin area this June.

Returning for its fourth year, this annual celebration of music, art, and technology at Pan Am Park is sure to offer your family a day of fun. Celebrating World Music Day, the fest will host concerts at multiple venues around the Red River Entertainment District, plus 10 hours of nonstop music at Pan Am Park. Featuring performances from nationally renowned artists and local band, the festival also offers an art village, food trucks, and more.

Now a decade old, the Keep Austin Weird Fest and 5K run is as traditional as anything in Austin. Run, skip, or race through the streets of downtown Austin decked out in your wackiest clothing. Though you can treat it as a competition, the spirit of this race is amusement and fun. Unofficially known as the “slowest 5K you’ll ever run,” remember to take it easy and to enjoy the weirdness of Austin.

Stop by Johnson Bros. Ford this June to test drive a new or used Ford car, truck, or SUV, then head out and have some fun in the area. 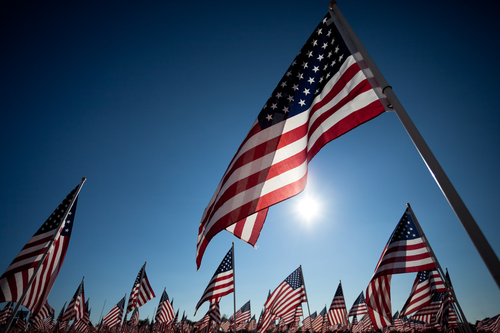 It’s Memorial Day Weekend and if you’re still not sure what your plans are, we’ve come up with some fun family activities you can do. Make your plans and then hit the road for Memorial Day fun.

Inaugurate Summer with a Day at a Waterpark

Maybe a trip to a waterpark is the best way to spend your Memorial Day. You can always take a day trip out to Schlitterbahn, located in the hill country town of New Braunfels. Using and combining the natural hilly terrain and the clear Guadalupe River with its signature water rides, Schlitterbahn makes for the perfect day of swimming and fun.

Plan and Host a Backyard BBQ

If you don’t really feel like leaving town this weekend, you can always go with the classic backyard BBQ and keep your celebration right here in Temple. Go with classics like burgers, hot dogs, and ribs. Sides might include chips, potato salad cole slaw, macaroni and cheese, and other classics.

If you like the idea of a BBQ party, but still want to head out somewhere else, try a day at the lake. That way you can both eat some great food and get some swimming in.

Go to an Amusement or State Park

From roller coasters to hiking trails, a visit to any of the various parks in Texas are a great way to spend the longer Memorial Day weekend. Try Six Flags in either San Antonio or Dallas or head out to any nearby state park. 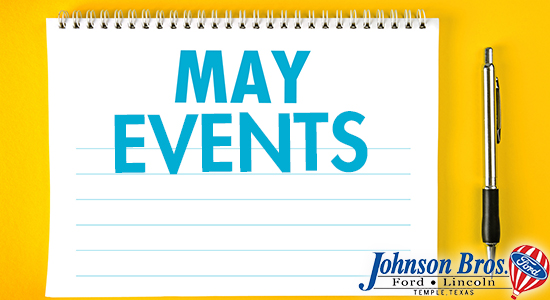 After you pick up a new vehicle from Johnson Brothers Ford, you’ll be ready to head out to events in and around Temple, Texas. From food trucks to the Civil War, you’ll find something the whole family will enjoy.

On May 28, 2017, starting at 11:00 a.m., head to downtown Temple – 2 N. Main Street to be exact – to join us for Food Truck Frenzy. Get your favorite food truck food without waiting for the fairs and festivals.

On May 21, 2017, starting at 9:00a.m. head over to the Temple, Texas Early Day Tractor & Engine Association Show Grounds for the 9th Annual Battle of Temple Junction Civil War Reenactment. The grounds are located at 1717 Eberhadt Road. Watch history come alive with full scale battles, military surgeon demonstrations and cavalry competitions. Meet historical figures, sulters, which are period vendors and grab a bite to eat at the food vendors. This event is rain or shine and you cannot bring your own food or beverages in. No pets. For more information visit battleoftemplejunction.com.

On May 28, 2017, at 6:00 p.m. at the Ft. Hood Recreation Area in Belton, join The DJ’s Cafe 2017 Memorial Weekend Meet and Greet. Registration is $140 per person. Admission includes the Meet and Greet dinner dance on Friday at 6:00 p.m., a buffet breakfast on Saturday, transportation to and from the Live Oaks Pavilion, the DJ Marathon, Live & In Living Color, a boxed lunch for Saturday, a barbeque dinner on Saturday and brunch on Sunday from 11:00 a.m. until 1:00 p.m. For more information email thedjscafe at gmail.com.

Stop by Johnson Brothers Ford to test drive a new vehicle and to learn more about your favorite model. Be sure to ask your salesperson about any lease or finance specials we may be running on certain models.