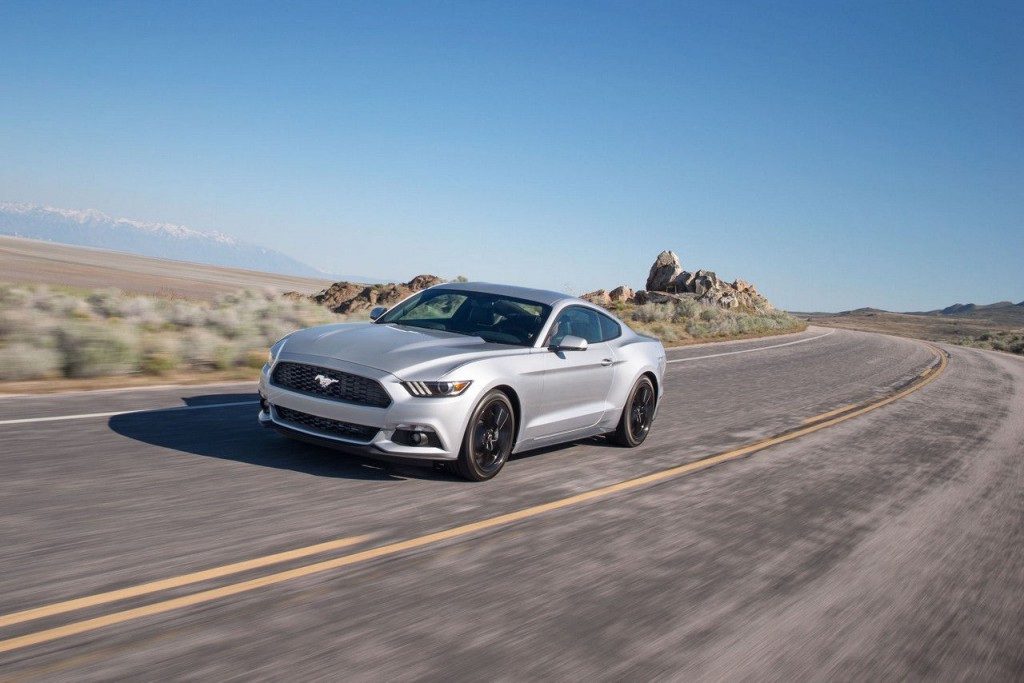 Not that you need much reason to own one of the strongest, fastest, and funnest cars on the road, but there are certainly some good reasons to own one. The 2017 Mustang is better than ever and it’s available right now at Johnson Bros. Ford. Come in and test drive it today and we’re sure you’ll agree that the Mustang is the car for you.

The 2017 Mustang won’t set your bank account back as much as other cars in its class. Starting out under $25,185, a 2017 Mustang might be more in your reach than you think. Not to mention that the base model comes with plenty of standard entertainment, performance, and safety features.

There’s no denying that the Mustang is a great looking car. If you want to turn heads wherever you go, you need to get behind the wheel of a Mustang. With its aggressive good looks, distinctive headlights, and muscular bearing, it commands respect on the road.

With a couple of powerful engine options, including the available V-8, and either an automatic gearbox or six-speed manual transmission, the 2017 Mustang is one fast car. If you want to cruise the highway in a sleek and powerful ride, leave it to the Mustang to provide.

It’s a bit subjective, but it’ll feel objective when you’re behind the wheel giving the Mustang a test drive. The Mustang handles beautifully thanks, in part, to the fact that it’s heavier than a traditional sports car. This means that you hug the road like you’ve never experienced. Even at higher speeds it can handle curves in the road like they’re nothing.

Did We Mention There’s a Convertible Option?

Well there is. If you love that classic wind in your hair driving experience, don’t forget to ask for a convertible 2017 Mustang.

Make your dreams come true by purchasing a brand new Ford Mustang right here at Johnson Bros. Ford. We’re your No. 1 Ford dealer in Texas, offering the latest and greatest Ford vehicles for the best prices in the industry, whether you’re seeking the high performance Mustang, the rugged F-150, the fuel-efficient Focus, or any of Ford’s other must-see models.